Experienced Counsel with a Community Focus

Susan Kilburn has served as a Board Director with Burlington Hydro since 2017. She is currently Chief Operating Officer at LightPoint Financial Technology. Prior to joining LightPoint, Susan was working as an independent consultant, working with organizations such as BMO Financial Group and 407 ETR on large-scale information technology (IT) and business transformation initiatives. Other roles that Susan has held include Vice President, Solution Management at Rogers Communications, and Vice President, IT Engagement Services at Symcor.

Ms. Kilburn received her B.Eng.Mgt. in Engineering Physics and Management from McMaster University, and obtained the Chartered Director (C.Dir.) designation from The Directors College in 2021. She lives in Burlington with her husband Mike and their son Damon. 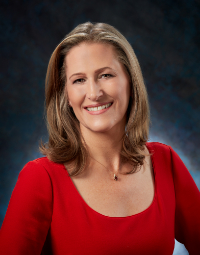 Mayor Marianne Meed Ward was sworn in as Mayor in December 2018, having served as Ward 2 Councillor and Regional Councillor since 2010. With a strong background in communications developed over 21 years as a print and broadcast journalist,Mayor Meed Ward served 10 years as editor of a national magazine before launching a full-time communications business in 1998. She has contributed as a weekly columnist with the Toronto Sun, been a commentator on Vision TV, and a regular panelist on the Michael Coren Show, CHCH Square Off and others. She has also taught at Tyndale College and Ryerson University.

Prior to becoming a member of City Council, Mayor Meed Ward founded Save our Waterfront, a grassroots movement of Burlington residents committed to preserving access to the city’s waterfront and protecting it from development. She also served as vice-chair of the Burlington Transit Advisory Committee, as a citizen member of the Joseph Brant Memorial Hospital Board of Governors, and as a founding member of BurlingtonGreen Environmental Association.

A resident of Burlington since 2000, the Mayor makes her home in downtown Burlington with her husband Peter, their two daughters and son.

Mayor Meed Ward is a member of the Governance and Risk Committee. 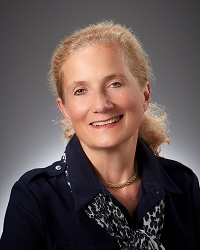 Trish moved from Ernst and Young to Bank of Montreal with responsibilities for the initial working relationship with the wholly owned Chicago based subsidiary, Harris Bank. She continued in an operational role of Community Banking Manager, which included both personal and commercial deposits and lending activities. Subsequent to this, she held a number of senior roles including, Director of Standards Enforcement and Director Public Accounting at the self-regulating body for professional accountants, CPA Ontario (formerly The Institute of Chartered Accountants of Ontario).

An aviation enthusiast and pilot, Trish is proud to have served as President of the Canadian International Air Show with full responsibility for Canada’s largest air display.

After receiving a BSc. from the University of Toronto, she completed her CA and CMA designations and holds the ICD.D designation from the Institute of Chartered Directors. She lives in Burlington with her husband Rick.

Trish Chairs the Audit and Finance Committee and is a member of the Governance and Risk Committee. 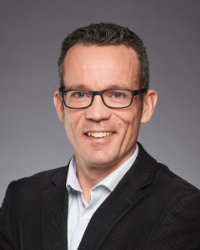 Chris Fralick has over twenty years of experience in thermal and hydroelectric power plant operations and business strategy in rate regulated, contracted and merchant market environments. He is currently the President of Atura Power, a wholly owned subsidiary of Ontario Power Generation (OPG), created in 2020 to operate an acquired fleet of four combined cycle facilities.

Prior to joining Atura, Chris held various progressive leadership positions with OPG, including Chief Operating Officer for OPG’s Renewable Generation business, where he led a team of 1,300 in operating and maintaining a 10,000 MW fleet of hydroelectric, thermal and solar assets across Ontario. His previous positions include Vice President, Regulatory Affairs, and Regional Vice President of Northwest Operations.

Chris holds a BASc in Environmental (Chemical) Engineering from the University of Waterloo (P.Eng), an MBA from Wilfrid Laurier University, and an ICD.D from the Institute of Corporate Directors. He lives in Burlington with his wife Julie and their daughter and son.

David Kerr is a senior legal executive who provides strategic counsel to executives and management in diverse business sectors. His broad perspective is gained from progressive experience in professional advisory and governance roles. He is adept at risk identification, negotiation and solution facilitation in collaboration with diverse parties across public and private sectors.

David is an attorney with Axiom Law, an entity that provides senior in-house counsel services to its clients. He previously held legal and governance positions at Meridian Credit Union, Computershare Trust Company of Canada; Manulife Financial Corporation, and as an Associate Lawyer with Cassels Brock & Blackwell LLP. David is also a member of the Canadian Corporate Counsel Association.

David received his B.A. from Marietta College (Ohio), his LL.B. from the University of Western Ontario and was admitted to the Bar in 1996. David lives in Burlington with his wife Melanie and their two sons.

David is a member of the Audit and Finance Committee.

Sherry Smith is a retired Human Resources executive and realtor with Century 21 Future Realty Inc. She has 30+ years of human resources and management experience that spans the retail, health sciences and telecommunications industries.

Ms. Smith most recently served as Senior Vice President of Total Rewards at Loblaw Companies Limited where she was responsible for Compensation, HR Services and HR Systems. A seasoned Human Resources executive, Sherry has extensive experience in the areas of compensation, benefits and HR operations. Sherry began her career at Nortel Networks where she spent more than 20 years in various leadership roles working in a large and complex global HR organization. Prior to joining Loblaw, she held the position of VP, Global HR Services at MDS Inc.

Sherry obtained her Bachelor of Arts from the University of Western Ontario and her Masters of Business Administration from McMaster University. She also holds a Human Resources and Compensation Committee Certificate from the Directors College. She resides in Burlington with her husband Bob. 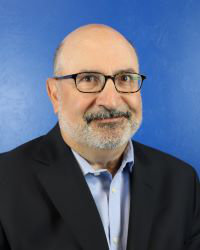 Tim Commisso was appointed City Manager for the City of Burlington on July 1, 2019 after having served the City as Interim City Manager. Prior to this, he was a Senior Advisor at MNP, a national accounting, tax and business consulting firm. Having served ten councils and eight mayors, Tim has extensive knowledge and experience in municipal government, strategy development, organizational effectiveness and performance, economic development and change management.

Tim worked for the City of Burlington for 20 years holding various senior leadership roles. He was responsible for major community projects such as the Downtown Waterfront project, the Appleby Ice Centre and Paletta Park and Mansion. He was also the project lead for the Financial Management System and facilitation of the Strategic Plan.

Tim brings many years of knowledge and experience in intergovernmental affairs. His most recent municipal experience was serving as the City Manager in Thunder Bay from 2008 to 2015. He holds a Chartered Professional Accountant (CPA) designation and obtained his Master of Business Administration (MBA) from Wilfrid Laurier University. He is a resident of Burlington.

Tim is a member of the Governance and Risk Committee.